Checking Our 2018 Predictions on U.S. Construction by Geography

In the fall of 2017, we discussed the main construction drivers for each U.S. region and predicted how we thought they would perform in 2018.

Now that we're a month in, let's look at the numbers and see how accurate those predictions were. 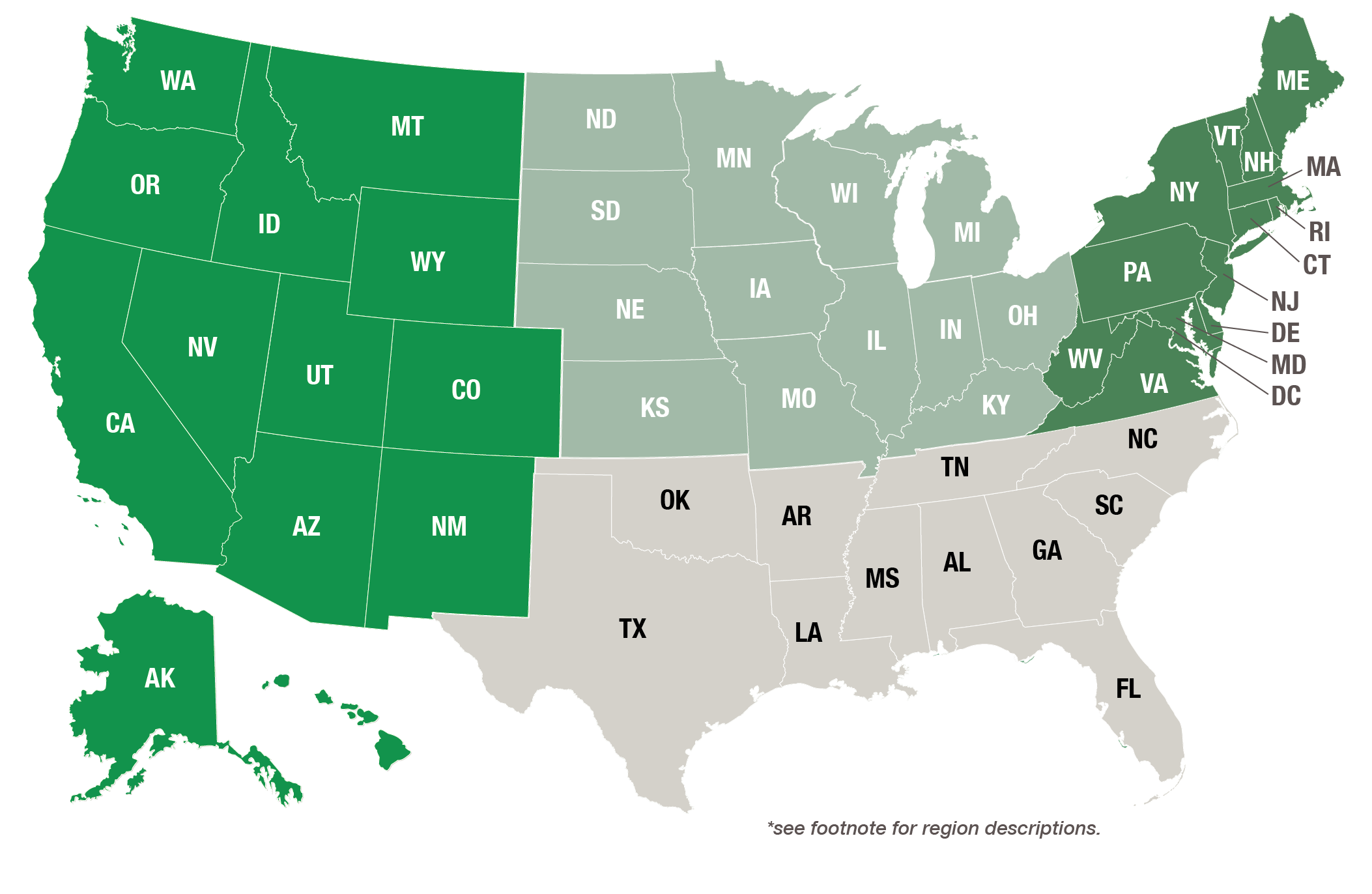 2018 Construction in the South

The South is driven mainly by single-family construction and we predicted the region would experience strong growth in 2018.

Our 2018 forecast actually shows the South region is expected to experience the most growth out of all the regions and exceed national construction growth with a 6% increase. Several market indexes including NAHB/Wells Fargo Housing Market Index and Architecture Billings Index (ABI) support this forecast and show strong performance for the South.

2018 Construction in the West

Since it has a similar end-market split, we expected the West region to be in line with overall national construction. In fact, our numbers show it performing in line with national growth, around 5%.

This is a clear indication of builder confidence, which has been consistently above national figures for the past year.

2018 Construction in the Northeast

I was a bit concerned for the Northeast given its largest end-market is multi-family, a market that is getting close to its peak. However, our forecast still shows growth for the region.

Although it is slightly below national forecasts, the region is expected to have 3% growth in 2018. This is mostly due to an expected 2% decline in multi-family and 3% decline in hotel construction.

On top of that, some of its largest metros (New York City and Boston in particular) will also face some decline in 2018. Overall, though, strong growth is expected in the single-family (10%) and industrial (11%) end-markets for this region.

2018 Construction in the Midwest

Growth will be led by the end-markets of single-family and public buildings, but the 7% decline in multi-family is dampening the regional outlook.

Overall, our predictions about how the regions would fare have been pretty accurate so far. In my next post, I’ll continue to focus on geography as I look at how the states and metropolitan statistical areas (MSAs) are doing.

In the meantime, download the full 2018 North American Construction Forecast Report to see specifics about each region, end-markets, and the economy as a whole.