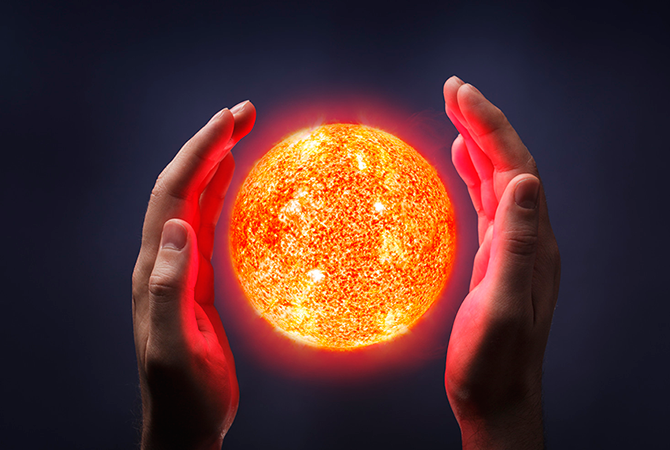 Solar energy is a workhorse. Sometimes that workhorse pulls for you and sometimes its against you. But one facet of a good sustainable design is harnessing the benefits of passive solar energy. When sunlight strikes a darker surface, it turns to heat as anyone who has ever walked barefoot in summer on asphalt paving can attest. It does this without the need for any mechanical equipment or outside energy, hence the use of the word “passive.” In green buildings, the key is to capture that available solar heat and use it to the benefit of the building occupants.

The U.S. Green Building Council (USGBC) Leadership in Energy and Environmental Design (LEED®) program recognizes the use of on-site renewable energy such as passive solar based on calculating the percentage of annual energy costs that are offset by this on-site energy. Points are awarded for as little as a 1 percent contribution with up to 7 points available for a 13 percent contribution to the annual energy needs of a building. Beyond LEED, the U.S. Department of Energy (DOE) estimates that energy cost reductions in the 30 to 50 percent range are possible using a combination of energy conservation and passive solar strategies.

In order to capture passive solar energy in buildings, architects must first provide windows facing the sun that let the sunlight through but also help to keep the heat inside. A car sitting in the sun does that quite well, but of course the problem is that it gets too warm too fast and not all of the heat is usable or desirable. This is where thermal mass becomes important again. By adding CMU walls and paver floors to the building, the temperature spike is moderated since this thermal mass will absorb and store the passive solar heat during the day and then naturally release it during the night when it is needed. This is the basis of all passive solar strategies, but there are several common and somewhat different design methodologies to accomplish the desired results in buildings:

This is the simplest conceptual approach relying on sunlight streaming directly into the habitable spaces and warming the rooms and the people accordingly. In order to avoid the unwanted “hot car” issue, thermal mass must be placed directly in the living spaces where the sunlight enters. This can be done using CMU pavers on the floor or incorporating CMU walls in the back and sides of the sunlit spaces, ideally allowing the light to strike them directly.

Since direct gain systems can sometimes produce unwanted results such as glare, an alternative approach using a separate room or sun space has been popular in some areas. This approach is also referred to as indirect gain since the solar energy is intended to first be captured in a separate room and then distributed to other areas of the building. Hence the living space is heated indirectly by the sun after being captured, absorbed, and tempered by the sun space. In residential design, sunspaces have sometimes taken on a role as a green house or a “three-season” room where the temperature is moderated but allowed to fluctuate since its primary purpose is to serve the main building. 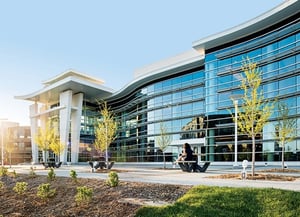 It should be noted that some atriums and similar spaces in commercial buildings act in this manner, whether they were specifically designed to do that or not. Understanding this design approach will help designers recognize the potential positive effects of a sun space and avoid its inadvertent use that can actually reduce energy performance if more cooling is needed to address it. In cases where the temperature needs to be moderated in the sun space, then thermal mass is needed as in the direct gain example.

This approach is the closest thing to a solar collector in passive solar terms. Sometimes referred to as isolated gain, it relies on separating or isolating the passive solar collection and absorption from the space. This is commonly done by constructing a thermal mass wall, typically of dense masonry or CMUs, behind glazing. The glazing side of the wall absorbs the solar energy thus heating up the wall and transferring that heat to the rear of the wall which is exposed to the habitable spaces where the heat slowly radiates outward. This method, named for its French inventor, is also called a Trombe wall and was originally conceived with openings at the top and bottom to allow free flow of air between the rooms and the glazed side of the wall. However, studies have shown that keeping the wall continuous and relying on direct heat transfer through the wall provides better results overall.

Nonetheless in warm periods when heating is not needed, ventilating the space between the glazing and the wall surface will exhaust any heat and keep it from transferring through the wall. The best passive solar strategy is the one that will serve the needs of the building and its occupants and not be hindered or compromised by other building or user factors. Hence selecting a passive solar design strategy in the larger context of the building and overall energy goals will yield the most positive results and greatest on-site energy benefit.

A special thanks to Echelon Masonry and Architectural Record for supplying us with this article.

January 30, 2020 Helping Developers Navigate Construction Costs & Sustainable Projects Construction is a complex symphony of moving parts, never more so than today. Developers face many challenges to deliver projects on time and on budget.
June 20, 2017 Sustaining Water for Generations to Come Every year in the United States there are over 240,000 water main breaks that waste over 2 trillion gallons of fresh, treated drinking water. Considering this ...Keep Reading
May 25, 2017 The United States Needs an Updated Water Delivery Infrastructure Our potable fresh water delivery system in the United States is made up of over one million miles of underground pipe, and as I discussed in my last post, it ...Keep Reading