Father’s Day and The U.S. Open – Life Lessons Learned on the Course 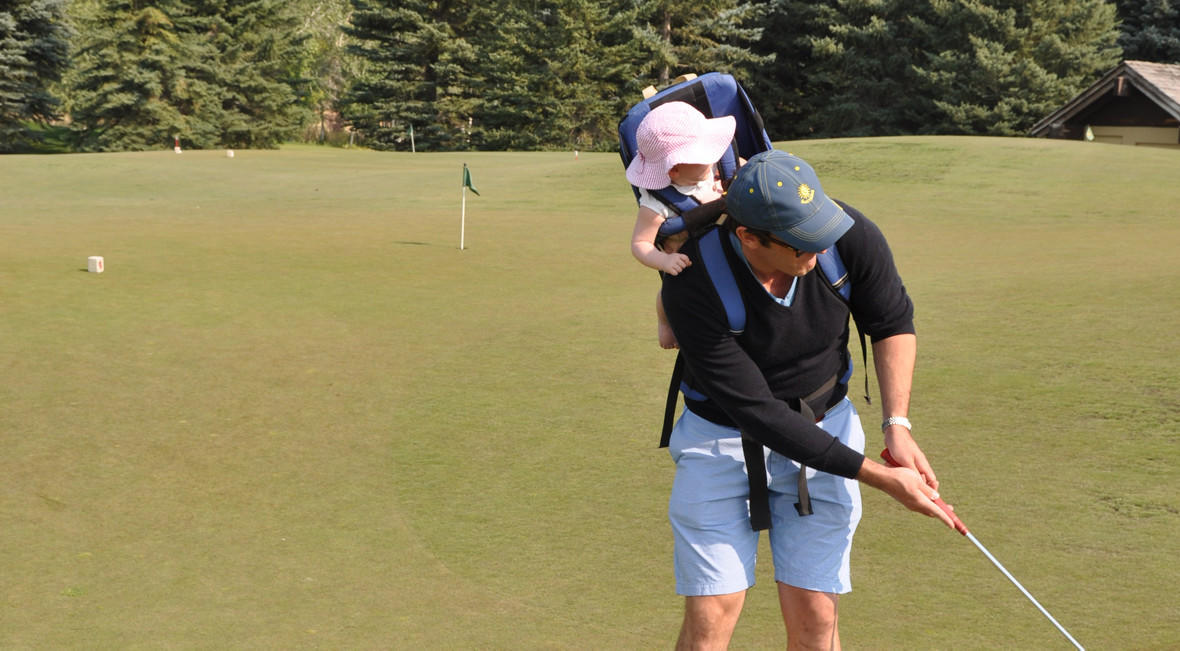 In this two-part blog series I want to share and compare two things that are important to me: the similarities between golf and the relationship between a father and his children. You can also read part two, where I focus on the link between golf, life and business that has been a part of our culture for almost 200 years.

The game of golf and being a father has more in common than many people realize. Golf has long been known as the world’s most honorable and genuine game, and the skills and traits of honor, respect, honesty, and integrity learned on the golf course are also essential to the relationship between a father and his children.

In honor of Father’s Day this weekend, as well as the U.S. Open Golf Championship, let’s celebrate our fathers and the great game of golf.

The Origin of Father's Day

We owe the idea of the Father's Day celebration to Sonora Louise Smart Dodd. One Sunday morning in 1909 while listening to a Mother’s Day sermon, she thought if we have a day to celebrate our mother, why not our father? After many attempted bills to establish Father’s Day as an official holiday, President Richard Nixon finally signed it into law in 1972, declaring the third Sunday of June as the permanent national observance of Father’s Day.

Once adopted, the tradition of Father’s Day falling on the third Sunday of June became synonymous with the final round of the U.S. Open Golf Championship.

Ironically, the U.S. Open in 1973 (the second official year for Father’s Day), occurred on the very same site of this year’s U.S. Open at Oakmont Country Club, just outside Pittsburgh, PA.

The U.S. Open is set up to test an individual’s mental and physical skills. It tests one’s emotional control, character, and honor. It tries to push one to the breaking point by design. Golf is the only sport I know where a contestant actually penalizes himself out of respect for the game and his fellow competitors.

On these proving grounds, unforgettable moments are carved into history.

One of the most famous records going all the way back to 1973 still stands today. On Sunday during the final round, Johnny Miller golfed an amazing 63. It is still regarded as the single greatest round of golf in major championship history. It's especially remarkable because it was a come-from-behind victory over “The King,” Arnold Palmer.

Palmer was a local Pennsylvania product, everyone’s hero, the leader of “Arnie’s Army” and the son of a golf course superintendent from Latrobe, PA. Mr. Palmer stands today as my personal hero. He's the father of modern day golf with the business acumen and DNA of a modern day CEO.

My favorite U.S. Open moment was in 1999 between Payne Stewart and Phil Mickelson, and it’s a great testament to the importance of fatherhood. The story line is a Hollywood Classic: Phil and his wife were expecting the birth of their first child.

Phil’s wife Amy was home, covertly delaying labor so Phil could concentrate on the tournament. He carried a beeper, remember those? Wow we’ve come a long way there. He would barely make it home the next day for the birth of his first baby girl.

Prior to the final round, NBC played a touching tribute to Payne Stewart’s father while tying in the obvious miracle that the Mickelsons would truly share with the birth of their first child. Stewart’s 18-foot putt sank on the final hole for one shot victory over Mickelson. What happened next was one of golf's purest moments in history. Many call it golf’s finest display of sportsmanship.

After making the putt, Payne let out a brief release of emotion, fist toward the sky, walked over to Phil, grabbed him by the face, looked into his eyes and said: "Good luck with the baby. There's nothing like being a father!"

Four months later Payne Stewart died in a tragic plane crash, and the golf world lost one of its most charismatic figures, someone the entire sports world loved and respected.

In life and in business we all need a coach or a mentor even when what we do is so individually measured and managed, especially in today’s digital world of instant praise and criticism. Our fathers and father figures in life provide that guidance, emotional support, experience, and character to which we model.

I can already hear the vignettes and storylines during this year’s U.S. Open about the love, respect and appreciation that the competitors share with the family members, coaches, mentors and, of course, their fathers.

Whether in person or in spirit, spend some time this Father's Day with your father. Perhaps watching a U.S. Open finish for the ages that truly celebrates the special bond we have with our fathers.

Stay tuned for Part 2 which will focus on Golf, Life and Business. If you missed it, learn more about how I measure success in business in my previous post.

Reide Onley is the Vice President of Business Development and Digital Operations. For over 25 years Reide has worked in the industries of commercial construction, material manufacturing, land development, and design. His primary focus is on developing relationships and connecting people and companies across multiple business sectors. Additionally, Reide oversees the digital operations of the Building Solutions team with a goal of simplifying how customers work with CRH. He has a B.S. in Urban Planning and Landscape Architecture from the University of Georgia and a B.A. in English and History from Birmingham-Southern College. In his spare time, Reide enjoys golf, college football, and spending time with his family.