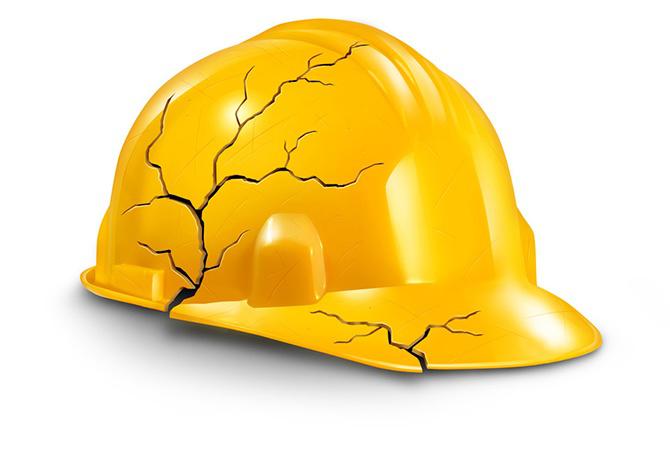 In 1971, a 6.6 magnitude earthquake struck Sylmar, California, severely damaging four hospital campuses, killing 47 and injuring more than 2,000. The $500 million disaster brought about legislative change for hospitals in the form of the Alfred E. Alquist Hospital Facilities Seismic Safety Act, which requires all hospital buildings to be replaced or retrofitted to stand up to future quakes. Specifically, the Seismic Safety Act assures that acute care facilities will be structurally strong enough to withstand a quake without causing significant harm to anyone inside the building. Buildings are ranked in structural performance categories (SPC) 1–5 on their risk for collapse, with SPC 1 being most dangerous. According to the Seismic Safety Act, any SPC level 1 building that wasn’t upgraded would be removed from acute care service.

Originally mandated to have all facilities reach SPC 2 by 2008, the Seismic Safety Act has seen multiple amendments to extend that deadline. Certain facilities were able to secure a five-year extension, and others were granted another two years after that. However currently, the final deadline to reach SPC level 2 is Jan. 1, 2020.

Through the 1990s and early 2000s as these laws were being written, most hospitals’ finances were strong. Asking the nearly 400 facilities statewide to undergo a rebuild or retrofitting was manageable, even though some estimates to comply reach as much as $110 million.

Then the U.S. experienced an economic recession, which left many hospitals on the edge of bankruptcy. Credit rates skyrocketed, and with no state financing for the Seismic Safety Act available, Jan Emerson-Shea, spokesperson with the California Hospital Association, described the act as “the most expensive unfunded mandate in the history of the state of California.”

However, many facilities are making use of the Federal Emergency Management Agency’s (FEMA) Pre-Disaster Mitigation (PDM) Grant Program. With $63 million in PDM funding made available last year alone, the grant is an excellent source of capital for healthcare facilities to make their upgrades.

The University of California San Francisco Medical Center, for example, received $3 million through a FEMA grant to seismically anchor and brace all mechanical, plumbing and medical equipment within its critical care areas. Meanwhile, the City of Napa/Queen of the Valley Hospital received just over $2.5 million in FEMA funding to brace partition walls and reinforce steel roof framing.

After 15 years, nearly 90 percent of the state’s acute care hospitals have reached SPC 2 or above. That leaves only a handful of hospitals still working to complete their upgrades before the Jan. 1, 2020, deadline.

And while this is great news to hear, it’s not where the story ends. Though the Seismic Safety Act’s original intentions to keep patients safe during an earthquake are virtuous, an SPC 2 rating says little for the building’s functionality afterwards.

A non-operational hospital is hardly useful following a natural disaster, and so a new amendment was passed, requiring acute care facilities to maintain operational functionality after a quake. The ratings associated with this request include SPC 3, SPC 4 and SPC 5.

Once again, an amendment to the Hospital Act set a new deadline: that all California hospital facilities must reach SPC level 3 rating or higher by Jan. 1, 2030. Meeting the 2020 deadline has been a challenge, between California hospitals’ financial status and the many deadline extensions to prolong the Seismic Safety Act’s original 2008 deadline. And though the number of successful code upgrades we’ve seen so far is encouraging, there may be additional speed bumps in the road ahead as we progress to the 2030 deadline ahead.

Taking the Guesswork Out of the Seismic Safety Act

With two sets of deadlines and different requirements for structural and non-structural performance, digesting all the implications of the Seismic Safety Act for hospitals in California can make your head spin! Luckily we've done the research and put in the time to put together a quick reference infographic to break it all down in a glanceable timeline format.

Download the safety act cheat sheat today to understand the criteria used to determine the category for a hospital, deadlines for compliance and the different requirements for a hospital's structural and non-structural performance.

January 3, 2018 U.S. End-Market Construction Forecast When evaluating and analyzing the construction market, we usually break it down into three main construction categories or segments: Residential, ...Keep Reading
February 9, 2017 The Future of Healthcare and the Construction Response Here it is: February 2017. We have a new President, a reinvigorated Congress and new Cabinet officers lining up for their roles in the administration. As I ...Keep Reading
December 16, 2016 Post-Election Healthcare Construction In my last blog post, I wrote about how regulations are changing the way we pay and build for healthcare. Now it's time to take another look, as we try to ...Keep Reading