The Future of 3D Printing in Construction 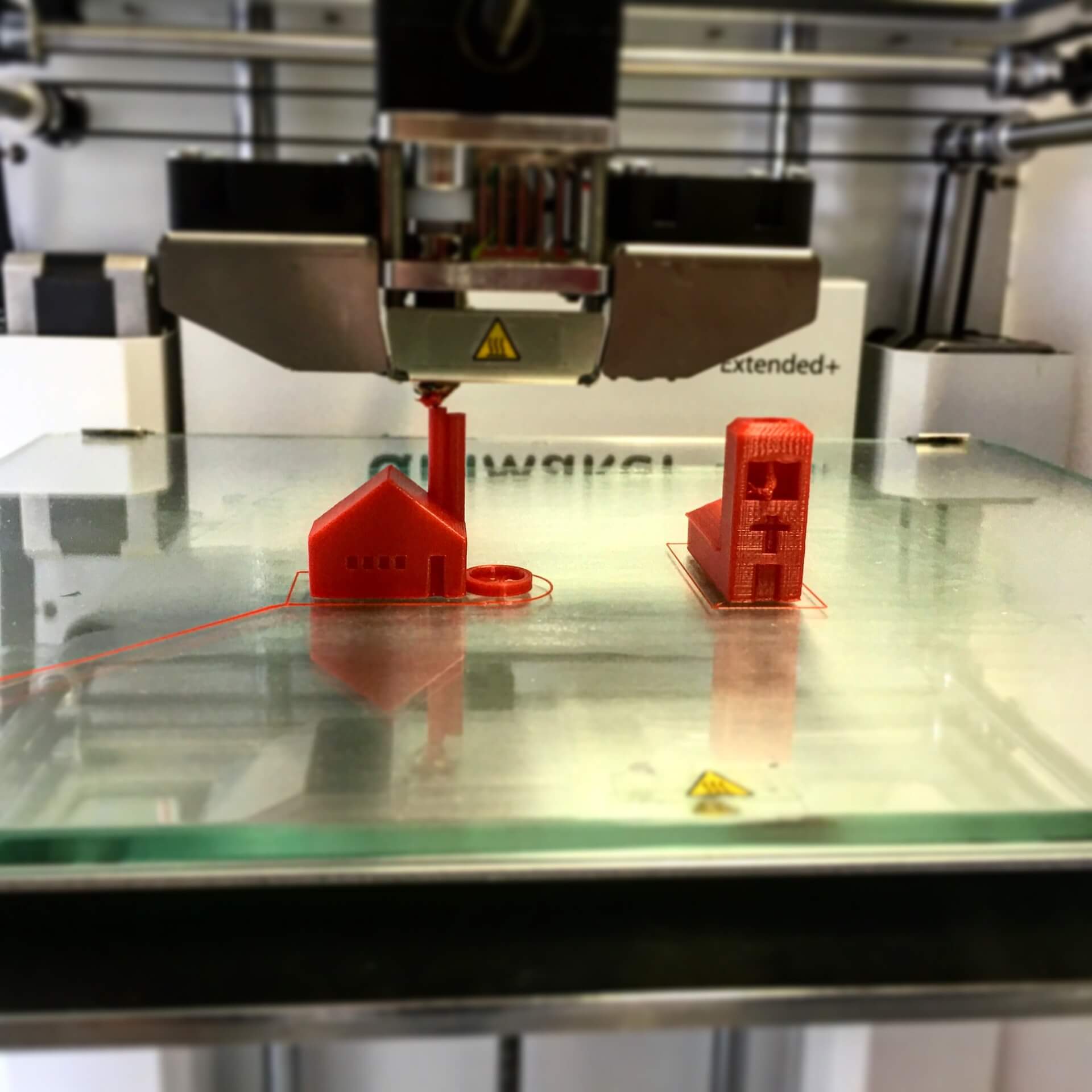 It’s no secret that technology is transforming our lives on a daily basis. Over the last century, air travel, the combustion engine, electric induction motors, computers, iPhones, and more have drastically altered our standard of living.

As some of us just begin to embrace these technologies (some slower than others), researchers, developers, and inventors are always looking forward to the next best thing.

Right now, we are on the precipice of another radical manufacturing advancement that’s already impacting healthcare, transportation, food, and consumer goods.

What I’m referring to is Additive Manufacturing, or, as it’s more commonly referred, 3D Printing.

What is Additive Manufacturing?

Additive Manufacturing (AM) is the process of building a 3D object by adding layer-upon-layer of material together.

Materials such as plastic, concrete, human cells, even gold and silver, are layered on each other to create a model, prototype, or production part. 3D printing is just one of a handful of technologies that fall under AM, layered manufacturing, and additive fabrication.

Companies including Ford, Boeing, and Nike claim to have shaved weeks and months off design time on new products while improving product quality.

In 2015, Ford touted having produced its five-hundred thousandth 3D printed part, an engine cover. Traditionally, it would have taken 4 months and $500,000 to create such a prototype. Using 3D printing, the engine cover (with a complicated intake manifold) took only four days and $3,000.

Think back to 1976 and the invention of the dot matrix printer. The same principle as AM is applied when using ink to print, but AM lays down material instead of ink.

In 1984, Charles Hull created an object from digital data in a process called Stereolithography. He patented this process and became the modern-day father of 3D printing.

About eight years later, the first machining process showed that AM had a future. Although the process had flaws, it proved that the layering method could produce 3D complex parts quickly.

In 1999, major innovations in healthcare became possible when the first lab grown organ was implanted in a patient. The technology was developed by scientists at the Wake Forest Institute for Regenerative Medicine. Today, it’s becoming more standard to see prosthetics and even blood vessels produced on 3D printers.

In the last ten years, major advances have been made in manufacturing using lasers to combine materials.

Polymers and elastomers help create single parts with different densities. The ASTM Standards (American Society for Testing and Materials) supports the growing use of metals in AM allowing advances in aerospace, healthcare, and automobile manufacturing. Bicycles, turbine blades, guitars, engine parts, and hand tools are just a few items that can be mass produced today.

Considering the variety of materials that can be used in 3D printing, the construction industry is one of the last industries to reap the benefits of this technology.

What About the Construction Industry?

The construction industry is often slow to adapt to change because of a low tolerance for risk. Regardless, we can expect Additive Manufacturing to leave quite a mark. 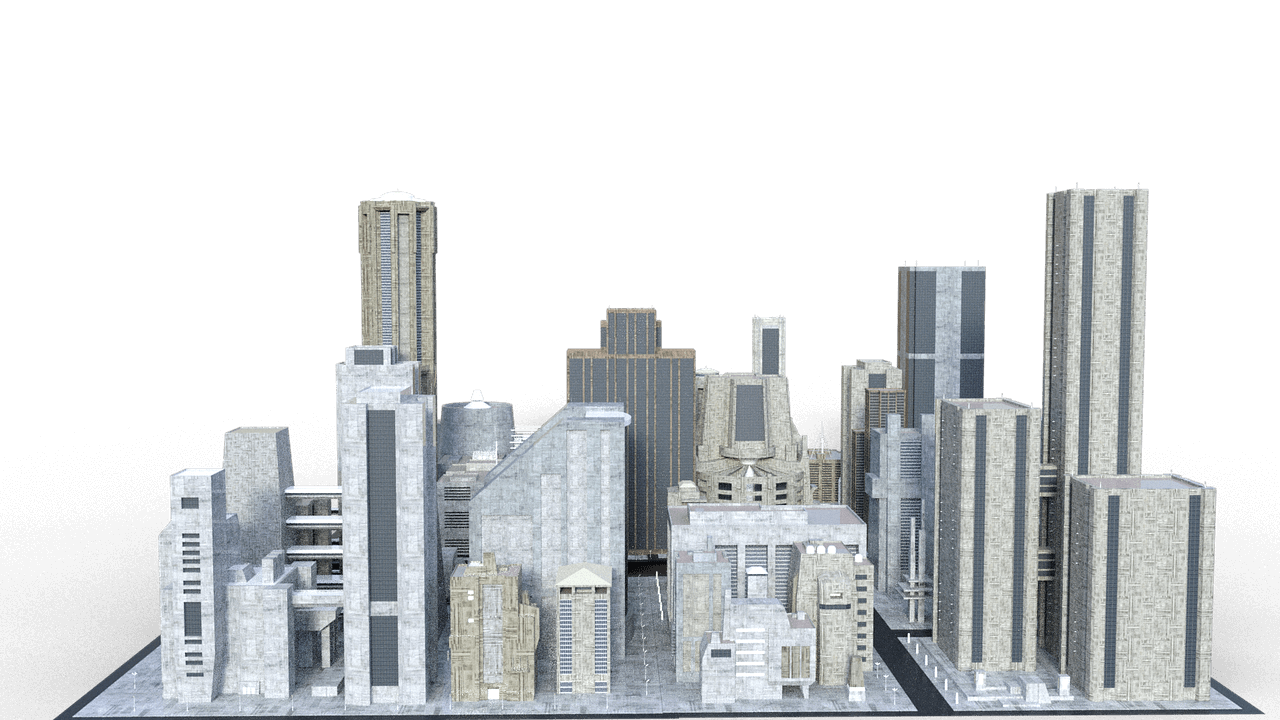 To start, as the capability of 3D printing machines grows to produce larger parts with multiple materials, it is highly likely more modular building components will be entered into the supply chain. Traditional manufacturing techniques that are used to produce everything from plumbing fixtures to concrete panels could be replaced by 3D printers that operate 24/7 with less labor and repeatable quality.

Chinese company WinSun completed 10 homes in one day with 3D printing at a fraction of the cost of traditional construction. Then, WinSun bested itself by completing a five-story apartment building complete with steel reinforcement and insulation.

Is 3D printing a niche in the industry, or will there be wholesale modifications to how homes and buildings are constructed in the future? Certainly the AM approach could be an answer to housing affordability and homelessness problems.

As machines replace humans for assembly work, how will the labor force be impacted?

3D printing could alleviate the current and predicted future labor shortages in construction. However, a January 2018 study by the Midwest Economic Policy Institute suggests 2.7 million construction jobs could be done by robots in 2057.

Certainly, people skilled in technology, programming, and engineering will remain in demand, but the potential detriment to blue collar factory workers could be severe. Not only in developed countries, but even more so in the developing world, where low-skilled labor will have a difficult time finding work when machines have taken their jobs.

However, a recent article by ConstructConnect suggests that not all construction occupations will be threatened.

“Other occupations have a smaller potential for automation, like roofers (31%), construction laborers (35%), and sheet metal workers (39%). Part of the reason is that it’s not technically feasible to replicate certain tasks using robots and that much of the physical work done in construction is done in unpredictable and ever-changing environments.” – Kendall Jones, ConstructConnect Editor in Chief

Hoping to encourage people to get involved in the industry, philanthropic organizations, individuals, companies, and non-profits are pouring money into educational programs that encourage job training.

But, in the developing world where workers are lucky if they’ve been exposed to an elementary-level curriculum, the daunting task of preparing people for the next technological wave could take decades.

Additive Manufacturing is Here to Stay

3D printing isn’t leaving. What remains to be seen is how deep of an impact it will have on our industry, manufacturing, and everyday lives. 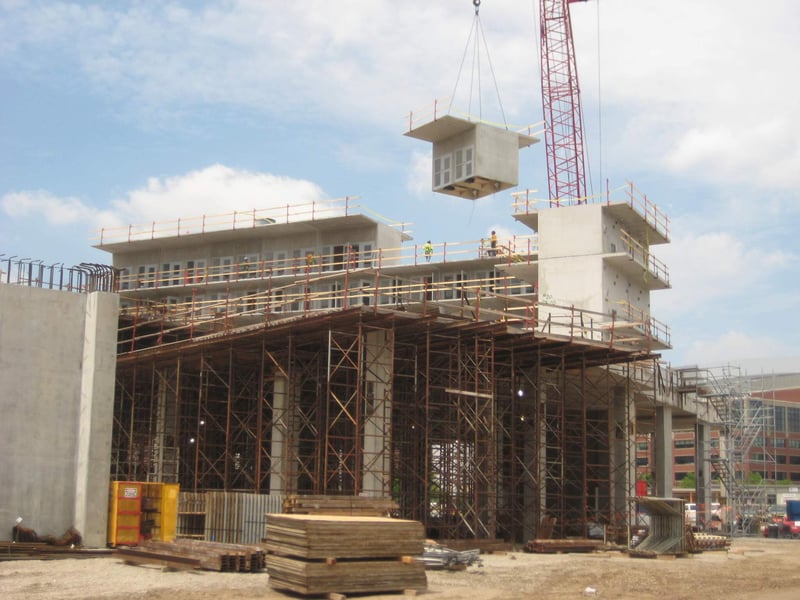 The number of companies and industries embracing and experimenting with the technology is growing. AM is becoming a standard piece of the production process and will likely take its place on the podium next to the automobile and personal computer.

Plan for your construction future in 2018 by downloading the 2018 Construction Forecast Report.

April 3, 2018 Advantages of Pre-Fabricated Products Builders and developers are looking for ways to deliver projects on time, under budget, and more efficiently, and that’s why pre-fabrication is continuing to ...Keep Reading
January 17, 2018 Delivering Comfort with Building Science You don’t have to have an engineering degree and you don’t need to be a PhD to want to improve your living conditions. In fact, we all do something to improve ...Keep Reading
January 9, 2018 It's Not Just Who You Know, But What Value You Bring Long-term relationships are forested. You can know someone for 50 years – see them at a project site, work event, or seminar – and never need to call on them ...Keep Reading